Each year, the Commercial Vehicle Safety Alliance (CVSA) holds Operation Safe Driver Week, a week-long traffic enforcement safety initiative. This initiative is being held July 12-18 this year, with law enforcement officers keeping a sharp eye on truck drivers engaging in dangerous behavior. For 2020, a particular emphasis is placed on speeding as COVID-19 has reduced traffic significantly on the road, leading to increased citations.

As a nonprofit association, CVSA’s mission is to improve commercial motor vehicle safety in regions across North America. By promoting uniformity of inspections and enforcement of the law, they are committed to reducing the number of crashes, injuries, and deaths involving commercial motor vehicles like big rigs. Their advocacy resulted in the creation of Operation Safe Driver Week to promote safe driving behavior. It’s estimated that 94% of traffic crashes are due to driver behavior, and they are committed to changing that.

What can I expect?

Law enforcement will be on the lookout for unsafe commercial vehicle driver behavior, with a particular emphasis on speeding. Average speeds during the pandemic increased as much as 75% on some highways, a significant percentage they are looking to eliminate. Other targeted behaviors include, but are not limited to:

Failure to follow safe driving behavior during Operation Safe Driver Week will result in a warning or citation.

Forward supports the CVSA initiative to decrease the amount of wrecks from commercial drivers. We hope our drivers stay safe on the road this week and every week, as our Safety First initiative moves Forward! 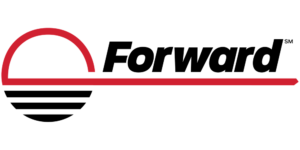